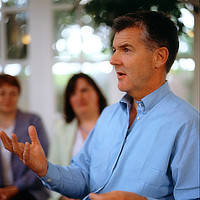 Colin Brett BA (Hons), MA, MSc, MA, MAPPCP
Colin founded Coaching Development with Philip Brew. Having met Phil on a training course, Colin won a contract to teach coaching in Ireland and approached Phil to join him in the venture which became Coaching Development. Colin then took the training to South Africa and Finland.

He has a background in Transactional Analysis (he is a trainer and supervisor in organisational settings), NLP (he is a lapsed trainer), constellations, Lego Serious Play and Appreciative Inquiry. He is also an accredited counsellor and an Agile coach and facilitator. In addition to training managers in coaching, he also runs intentional change groups and professional development groups for senior coaches. He intends to write a doctorate on the area where counselling meets coaching.

"Over the 15+ years that Coaching Development has existed, I've come to believe that coaching is actually a powerful change process. The purpose of this process might be changing a behaviour, or finding a straightforward solution or finding a way to unstick ourselves.

However, I think that coaching has the potential to be far more than just a series of useful conversations. It offers us an opportunity to look inside and to learn - to learn about how we perceive ourselves, people and the world, to reflect on our inner mechanisms and to adjust them if necessary. This 'deeper' work, coaching the person as well as coaching the topic, gives us the chance to reflect on how we think, and to get a sense of what lies behind the questions that we bring to coaching. How do we make meaning? What is it in our internal narrative which leads us to get stuck in typical ways? What are the parts of our personal narrative that we would like to think about and potentially edit? Or perhaps carefully re-write?

Apart from herself, the only real tool the coach has is language. I believe that change occurs through dialogue, and that coach and client co-create a new awareness through partnering in a crafted conversation. I think that each conversation moves the client from a felt minus to a desired plus, and that this happens in great part because the coach is aware of herself and the impact that her words have on the developing conversation. We coaches need to be aware of how we and our words can both help and hinder, and so we need to consciously choose how we express ourselves. Words create worlds.

I think that my training style should match the model, and so I have a strongly coaching style as a trainer. When you ask something, I listen carefully to what you say. I listen to what you might be implicitly saying. I listen for what you are telling me about you. I expect you to be able to hear what I say in response, and I am honest, respectful and direct. I might ask you a question which makes you think, I might invite you to reflect on what you have said, I might ask you what beliefs might be at play for you. I believe that you can think for yourself, and that the answer you are looking for lies within. I'll assume that you are creative, resourceful and whole. I believe that you want to learn to be a coach and to develop as a coach, and so I see my job as accompanying you on that journey. Oh, and I might also answer your question directly." 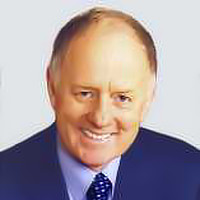 Phil believed that one vital element in developing professional competence was a knowledge of oneself. This, coupled with his professional background in client-centred counselling and psychotherapy, became a major theme in shaping the Professional Coaching Skills programme with its almost unique ‘inside out’ approach.

His core person-centred stance and his skill and experience as a Master Practitioner of Neuro-Linguistic Programming had a strong influence on the design of the latter part of the training, and he bore responsibility for the management of the final assessment process.

While Phil’s beliefs and skills strongly influenced the content and design of the didactic part of the professional training, it was his personality and presence that demonstrated what it means to be a truly professional coach. His infectious humour made the learning fun, his eye for detail and accuracy created sound learning, his deep and genuine respect for his clients in live demonstrations and his unshakeable belief in the ‘goodness’ of people and their ability to learn, all together, turned the training room into a space for deep, reflective, personal learning.