This page is a celebration and acknowledgement of the varied journeys that our students have taken to becoming a coach. From those who started out with no coaching experience, right through the spectrum to those who had informally coached for some time.

With professional backgrounds as diverse as education, pharmaceuticals, finance, PR, fashion, not for profit, HR, property and law, the list goes on and on... each made their own very personal journey.

Here, some of our students share their coaching stories with you... 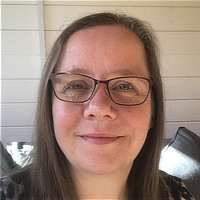 Before I signed up for the Professional Coaching Skills, I was working with Parkinson's UK, developing their self-management programme. I also freelanced as a trainer and before that I was in the hospitality industry.

I didn't know a huge amount about coaching. A friend told me I was a great listener and would make a great coach; that was all it took for me to find out more. I was quite interested in how people understood each other and what happens in conversations; recognising how important it was to give people space to talk, and the results of that. I thought coaching would complement my work and open up future opportunities as an independent coach.

My coaching journey was a delight. The course was hard work, because as well as working, I have children and caring responsibilities for my husband. It took a lot of energy, but in a good way! I had an amazing group to learn with who had come from such different backgrounds, jobs and levels of coaching experience. The very first day we coached one-to-one, armed with a simple set of instructions about listening. It was already a powerful conversation. On the course you are coached as well. I thought this was just another thing to tick off, but then it became such an important, significant part of it. I had worked in an industry where coaching was unheard of, so I felt like I was making up for many lost years of personal development. It's unlocked my confidence and helped me deal with my own life as a carer. That can be really tough and my time isn't always my own, but I now have more flexibility to make the most of those moments and not be regretful or resentful when my husband needs looking after.

I decided to focus on my own coaching practice (from my garden office) after being made redundant. It was coaching carers that became a real passion for me. It linked with my own personal experience as well as my work in the charity sector. There was fire there, so off I went! This coaching spans many phases of life. I had the amazing privilege of coaching a woman whose husband had Alzheimers. She was making life-changing decisions about his residential care, as well as her own needs. After he died, she came back to continue her journey once she was ready to focus on herself. With carers, I realised I'd chosen a really hard market. Although there are 13.5 million carers in the UK, not many of them have been introduced to the concept of coaching. There's also a perception that they may have a lower income. I struggled to figure out how to do this regularly, and how to build up my coaching hours.

This led me to co-found 'Mobilise', a tech start-up using digital products to support carers on a bigger scale. We want to bring a coaching approach to empower people, rather than just the usual advisory approach. We worked with various funders and innovation grants, and now we are working with local authorities to offer paid packages which include one-to-one coaching. I’ve also built up a network of 25 coaches who are also working with carers. I usually have up to 5 coaching clients in my own coaching business alongside this job. Without much promotional work, clients see what I'm doing and get in touch – so I'm living the dream!

Coaching supervision has really helped me to work out how to keep myself safe and offload things. I thought I'd feel burdened with other people's stories, but with the supervision it's not felt too heavy. It's just a joy to work with carers.

I'd certainly recommend Coaching Development's free 'Introduction to Coaching' experience because you'll really know what you're letting yourself in for! If you do go for it, you need to set yourself in to it 100%. Whatever you learn on the Professional Coaching Skills course will be useful in all areas of your life: as a friend, as a parent, as a member of the community. If you're a manager, if you're working with colleagues, if you're working with customers, there's huge benefits to understanding coaching and using those skills. Everyone is going to have their own journey and go at their own pace, quite often because of all the other things going on in life. Even if you are going slowly, it's still really valuable. As a coach, you never stop the growing. If you're wondering if now is the right time, go for it, the rest will fall into place. I'm proud to be a credentialed coach.